Semantic Markup? I’ve never even heard of it. So, why is it so important to my website? You’ve probably heard somewhere by now that web pages are built using a language called HTML. HTML was originally conceived as a means of describing content within a document (web page), not as a means of styling the content and making it look like anything. Now, with HTML5, it’s more important than ever to write Semantic Code. There are several new HTML elements that were created to assist in defining the contextual meaning within the content on each page. Semantic Markup (AKA Semantic Code) encourages web developers to write code that better describes the content to a computer without taking anything away from a sighted person’s experience. 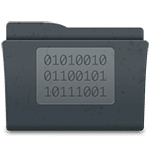 Without explaining what a piece of content is, a computer has no way of understanding it. The ability for a computer to be able to identify your content’s meaning is important for several reasons:

Semantic Markup has other benefits too:

Semantic code is also great for SEO! GoogleBot as well as other search engine spiders want to read semantic code. They don’t judge your site by how nice it looks, they honestly don’t even know how your site looks. They look at your code and work out what’s important within the contextually, seeking out specific keywords etc. The less clutter, and better formatted it is, the easier the bots can figure out what’s important about that specific page.

Without turning this into a “How To” article, it’s difficult to describe without using at least one example. In HTML, there are what are referred to as the “H Tags”. These are Heading tags that tells bots and screen readers that what you are about to read is a heading. There is also a special hierarchy for these tags ranging from H1 to H6 with H1 having the highest importance, H2 the next highest and so on. Heading tags by default are a larger, thicker font so it also stands out visually on the screen. Many people who are new to coding however will “fake” the visual appearance of the heading tags by using a paragraph with a class of something like “largeText” and that class they’ll instruct in the stylesheets to have the visual appearance of a heading. Doing it this way doesn’t help the search engine bots or screen readers at all. They think it’s just another paragraph and don’t give it the same “weight” or importance that they would a heading tag. This ultimately loses value for those important keywords in your ranking and makes a site confusing for non-sighted users.

Over the last few years, there have been other integrated technologies that have been developed for the purpose of helping bots understand the context of specific pieces of information. This is know as “Rich snippets” which encompass microdata, microformats, and RDFa. Each of these have different levels of support with different search engines at the moment. Of these, microdata is specifically worked into the HTML5 specification and my guess is that it will have the best support moving forward. Not everything needs rich snippets in order for it to make sense, but you do need to have someone that knows when and why they are useful to use for any given project.

We were looking to update and modernize our Zoo-phonics and Safari Learning websites in WordPress.  After interviewing a few local companies, we decided to go with Level One Web Design. The choice of going with Level One Design was easy, as were impressed with their approach-ability and how easy and fast they were to communicate with during the whole design process.  They listened to our needs and spent ample time understanding our products, making suggestions on how to make the sites more efficient, and a better viewing and buying experience for our customers. We couldn’t be any happier with the END_OF_DOCUMENT_TOKEN_TO_BE_REPLACED